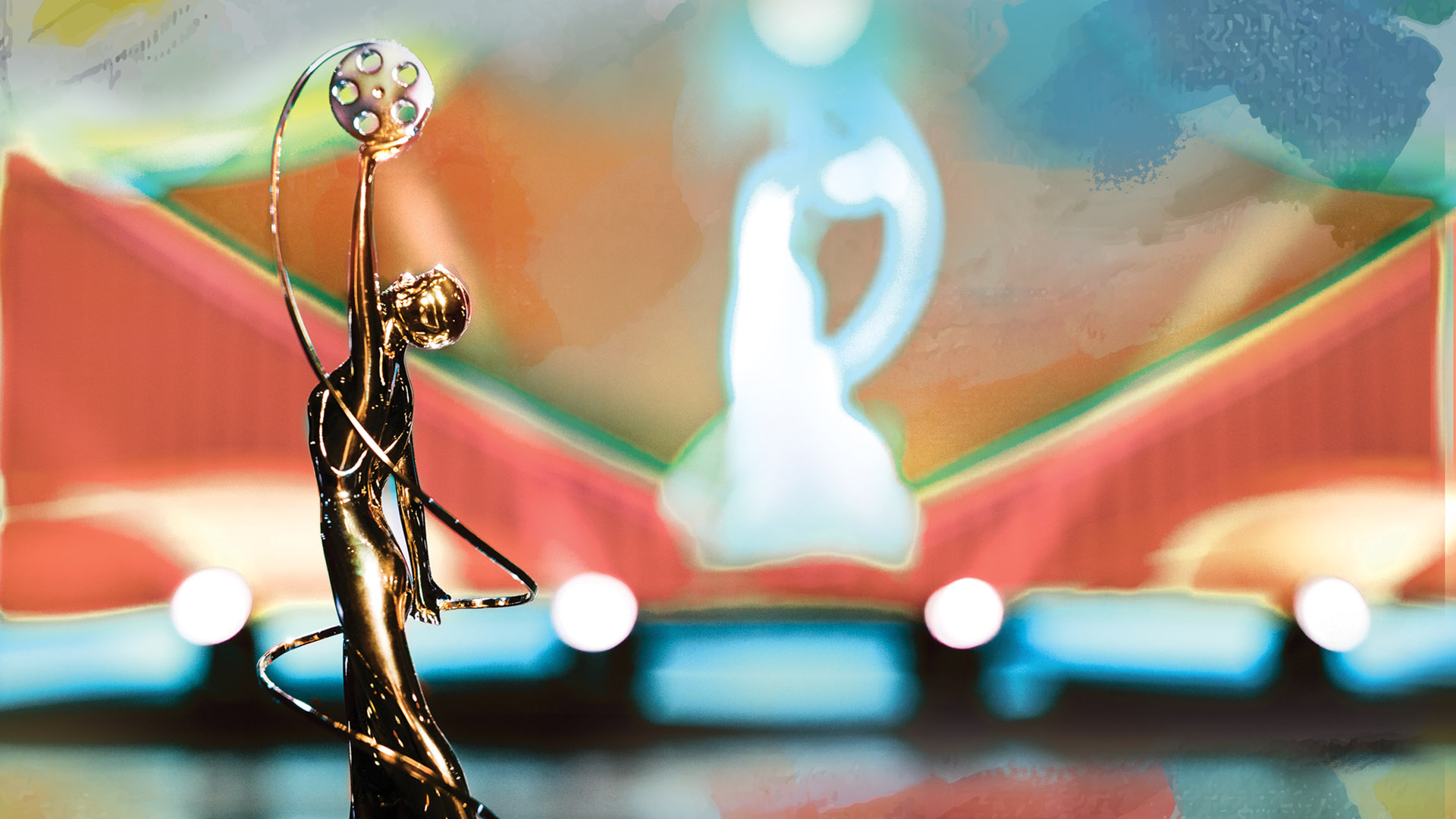 In case you missed it, click here to watch!

Being the Ricardos, Coming 2 America, Cruella
among
Motion Picture Winners

EPK with Photos/Video available here after 5 am, Sunday, Feb. 20

The Make-Up Artists & Hair Stylists Guild (IATSE Local 706) announced winners of its 9th Annual Make-Up Artists & Hair Stylists Awards, presented by HASK Beauty, in 23 categories of film, television, commercials and live theater. The gala was held on Saturday night, February 19, 2022, before a live audience at The Beverly Hilton Hotel. It was also livestreamed to an audience of millions worldwide.

Jon Favreau, Academy Award®-winning filmmaker, known for his creative, innovative work in the Star Wars, Iron Man and Avengers series among others, received this year’s Distinguished Artisan Award celebrating the extensive list of creative, exotic, and memorable characters that lives on in his plethora of films, television movies and series. Presenting the Distinguished Artisan Award to Favreau, who accepted the award virtually, was actress Ming-Na Wen, star of Favreau’s series of The Book of Boba Fett, and The Mandalorian.

Award-winning Journeyman Make-Up Artist Christina Smith, with over 100 credits (Cabaret with Liza Minnelli, Schindler’s List, Steel Magnolias and Hook), was honored with the esteemed Vanguard Award. Actress model Milla Jovovich presented the award to Christina and stars in Resident Evil: The Final Chapter. Christina became one of the first female make-up artists to join Local 706 in 1974. Running alongside her film career, Christina has created a couture eyelash atelier that provides lashes to some of the biggest celebrities in the world.

Award-winning actor Doug Jones (Amphibian Man in Guillermo del Toro’s The Shape of Water, Pan and Pale Man in Pan’s Labyrinth, and Abe Sapien in Hellboy) whose legendary characters have been created beneath masterful make-up and prosthetics, has been named the recipient of the inaugural The Chair Award. With his true face and body hidden beneath make-up and prosthetics, Jones is a favorite of the make-up artists and hair stylists. Presenting Doug Jones with The Chair Award is Sonequa Martin-Green, who herself has an impressive body of work across television, film and stage. She is currently the commander in “Star Trek: Discovery,” the first Black female lead in the franchise

Another highlight of the evening was a moving In Memoriam segment performed by long time MUAHS member Angie Wells, who sang her beautiful, original song “Before I Take My Leave” created specifically for the memorial.

THE WINNERS OF THE 9th ANNUAL MUAHS AWARDS ARE:

No Time to Die – Daniel Phillips

No Time to Die – Daniel Phillips

This is Us  – Zoe Hay, Heather Plott, Tania McComas,