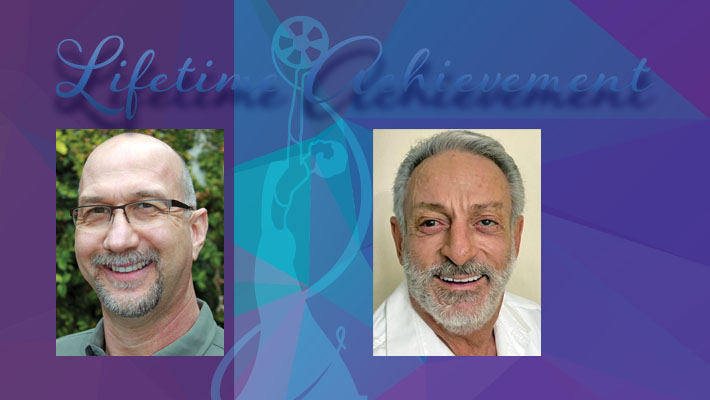 Matthew Mungle, Oscar® and Emmy®– winning make-up artist, and Terry Baliel, Emmy®-winning hair stylist, will receive Lifetime Achievement Awards at the 8th Annual Make-Up Artists and Hair Stylists Guild Awards, honoring an extraordinary spectrum of acclaimed work, exceptional contributions to the motion picture arts and sciences, and outstanding service to their union or the entertainment industry. They will be honored at the virtual gala on Saturday, April 3, 2021.

Oscar-winning makeup artist Matthew Mungle earned recognition as a top master of the elite, make-up effects illusion with over 250 film and television projects to his credit. His first major success was on Edward Scissorhands working with award-winning make-up artist Ve Neill. Matthew has accumulated an impressive list of credits and an equally impressive genre of box office successes including Bram Stoker’s Dracula, earning him his first Oscar in 1992. Oscar nominations for Schindler’s List, aging James Woods for Ghosts of Mississippi and his transformation of Glenn Close and Janet McTeer in Albert Nobbs, his fourth Oscar nomination. Matthew has also been nominated for 26 Emmys, winning six. Proficient in all types of make-up and prosthetics, Mungle went on to create memorable character visions including his work onPay It Forward, Daredevil, Anchorman, The Omen, X-Men, The Tempest, The Butler, Outbreak, Primal Fear and an 11-year run creating graphic make-up effects for CSI: Las Vegas.

One of Matthew’s biggest challenges, which started in 2003, is creating the various character prosthetics and masks for the hit Broadway show “Wicked”. Balancing his film and TV projects, Matthew & his lab W.M. Creations, Inc. continues his work for the show’s Broadway, U.S. tours and worldwide productions. After 42 years as a master of make-up effects, the artist moved to Texas and set up a studio for his loyal clients, including stars Robert DeNiro, Glenn Close and Tracey Ullman.

Terry Baliel is the recipient of three Emmys and four Guild Awards for period hair styling in a career that spans theatrical productions, television and film. In 1986, he was fortunate to work on his ﬁrst ﬁlm, Tucker. For the next 13 years, he continued to work in both ﬁlm and theater until 1999 when he was asked to come to Los Angeles to work on How the Grinch Stole Christmas. Shortly thereafter, he became a journeyman of Local 706. He has been part of some wonderfully creative projects including The Joy Luck Club, The Call of the Wild, Jojo Rabbit, The Last Samurai, Alice in Wonderland, J.J. Abrams’ Star Trek, Thor, J. Edgar, The Princess Diaries 2: Royal Engagement, Planet of the Apes, The Chronicles of Riddick, and The Prestige, among many others.

Baliel has also worked on numerous television shows winning three Emmys, including Hair Spray Live!, Deadwood and Miss Rose White. Additional television credits include Cinema Verite, which garnered an Emmy nomination, Agent Carter, and Transparent. Terry is a member of the Motion Picture Academy, the Television Academy and on a committee to help develop exhibits for the Motion Picture Academy Museum.

After his training at the San Francisco Opera Wig and Make-Up Department and South Carolina’s Spoleto Festival apprenticeship, he was hired by Theatrical Hairgoods Company to travel to regional opera and theater companies to run their hair and make-up departments for more than ten years. He was wigmaster at San Diego Opera for nine years, during which time he won a Guild Award for Best Theatrical Hair Design of their production of The Magic Flute. He has worked at San Francisco Opera and San Francisco Ballet and became an associate member of Local 706.

Additional awards will honor a Distinguished Artisan and nominees for outstanding achievements in motion pictures, television, commercials and live theater. Voting will be made online atwww.local706.org. Nominations for this year’s awards will be announced on Thursday, February 18, 2021. Final ballot on-line voting closes on Thursday, March 18, 2021. Winners will be announced at the virtual 8th Annual Awards Gala on Saturday, April 3, 2021. 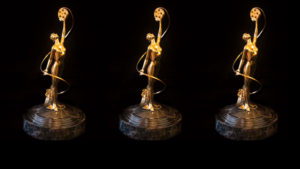