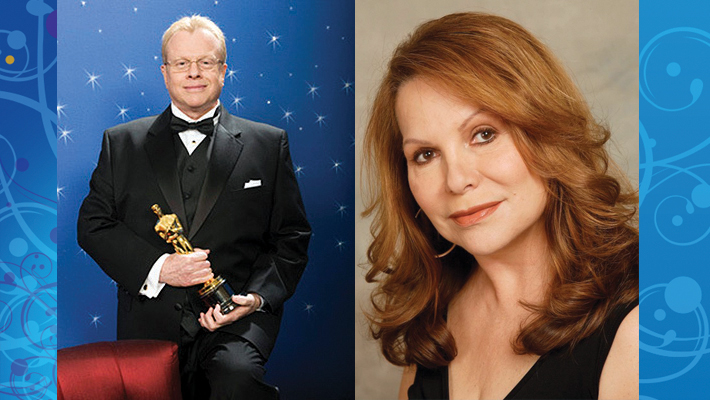 “We are thrilled to celebrate Greg Cannom and Mary Guerrero’s legendary bodies of work, and we are proud to rank them among the best in the history of our profession. They are extraordinary artists whose character aesthetics have engaged and delighted audiences in both motion pictures and television for decades and they have set the bar for generations to come. Both are accomplished leaders in the entertainment industry, and it is our pleasure to name them as this year’s Lifetime Achievement Award recipients,” said IATSE Local 706 President Sue Cabral-Ebert.

Greg Cannom is the only make-up artist (along with Wesley Wofford) to have ever won an Oscar for a Scientific and Technical Award and has three additional Oscars for his incredible work on The Curious Case of Benjamin Button, Mrs. Doubtfire and Dracula. He has 23 other award nominations and a Hollywood Make-up Artist and Hair Stylist Guild Award for Gleason and Bicentennial Man. Greg has more than 120 credits in his distinguished resume that include The Passion of the Christ, Hannibal, Abraham Lincoln, Vampire Hunter, Van Helsing, Titanic, The Mask, Tales from the Crypt and he was part of the team for The Lost Boys. Not only have his legendary make-up effects been part of film history, but he has also been a cherished instructor for Local 706, sharing his secrets and skills.

Mary Guerrero has won eight Primetime Emmys, Make-up Artists and Hair Stylists Guild Awards and Daytime Emmys and has 15 other nominations for her hair styling talents and creativity. She began her television and film career at NBC as a TV Tape member, then transitioned onto the Roster and became a Journeyman. Her beautiful stylings have consistently graced the top episodic television productions and she is now on her 24th season as Hair Department Head on Dancing With the Stars. Mary’s career has spanned every genre of television show from sitcom to episodic and her credits include Dharma and Greg, The Larry Sanders Show, Hot in Cleveland Get a Life and Al, f along with dozens of awards shows. Mary has served as hair stylist Governor for the Television Academy, and has also served on the Local 706 Executive Board, and is Betty White’s hair stylist.