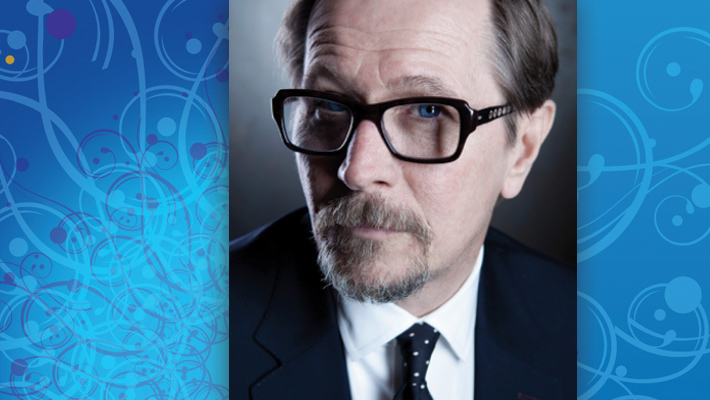 Said Cabral-Ebert: “We are thrilled to present our Distinguished Artisan statue to one of the most creative and celebrated actors of his generation, Gary Oldman. Gary is known as a chameleon, an actor who changes his appearance, his voice, everything about himself from film to film. He has worked with the finest artisans in the world, he collaborates with the team and probably knows more about make-up and hair than any other actor. When you consider the hundreds and hundreds of hours he has spent allowing us to transform him, we are delighted to present him with our Distinguished Artisan Award to show our appreciation.”

Academy Award-nominated and Emmy-nominated actor Gary Oldman is the kind of thespian who disappears into his roles and completely alters his appearance with the talents of the make-up and hair teams. He boldly embodied the characters of Winston Churchill in The Darkest Hour, Sex Pistol Sid Vicious in the biopic Sid and Nancy, and George Smiley in Tinker, Tailor, Soldier, Spy. The later portrayal brought him accolades worldwide including BAFTA Award, British Independent Film Award, European Film Award, and Academy Award nominations for Best Actor.

Oldman’s diverse career encompasses theater, film and television and has garnered over 30 awards and 44 nominations. He is well known for playing over-the-top antagonists such as Russian terrorist Egor Korshunov in the blockbuster Air Force One, Lee Harvey Oswald in JFK and the title character in Bram Stoker’s Dracula. He scored the coveted role of Sirius Black in Harry Potter and the Prisoner of Azkaban, giving him a key part in one of the highest-grossing franchises ever. He reprised that role in Harry Potter and the Goblet of Fire and Harry Potter and the Order of the Phoenix. Oldman played on the iconic role of Detective James Gordon in Batman Begins, a role he played again in The Dark Knight and The Dark Knight Rises. Among his many other roles, Oldman played a main scientist in Dawn of the Planet of the Apes, and Norton, the scientist in the remake of RoboCop.

The Make-Up Artists & Hair Stylists Guild’s Distinguished Artisan Award is given to those whose body of work in the film industry was richly enhanced by the consistent collaboration of make-up and hair styling artistry creating memorable characters throughout their career. Previous recipients include Johnny Depp, Ryan Murphy and Guillermo del Toro.

Further inquiries regarding the MUAHS Awards may be directed to Kathy Sain in the MUAHS Office at 818.295.3933. or email ksain@ialocal706.org.