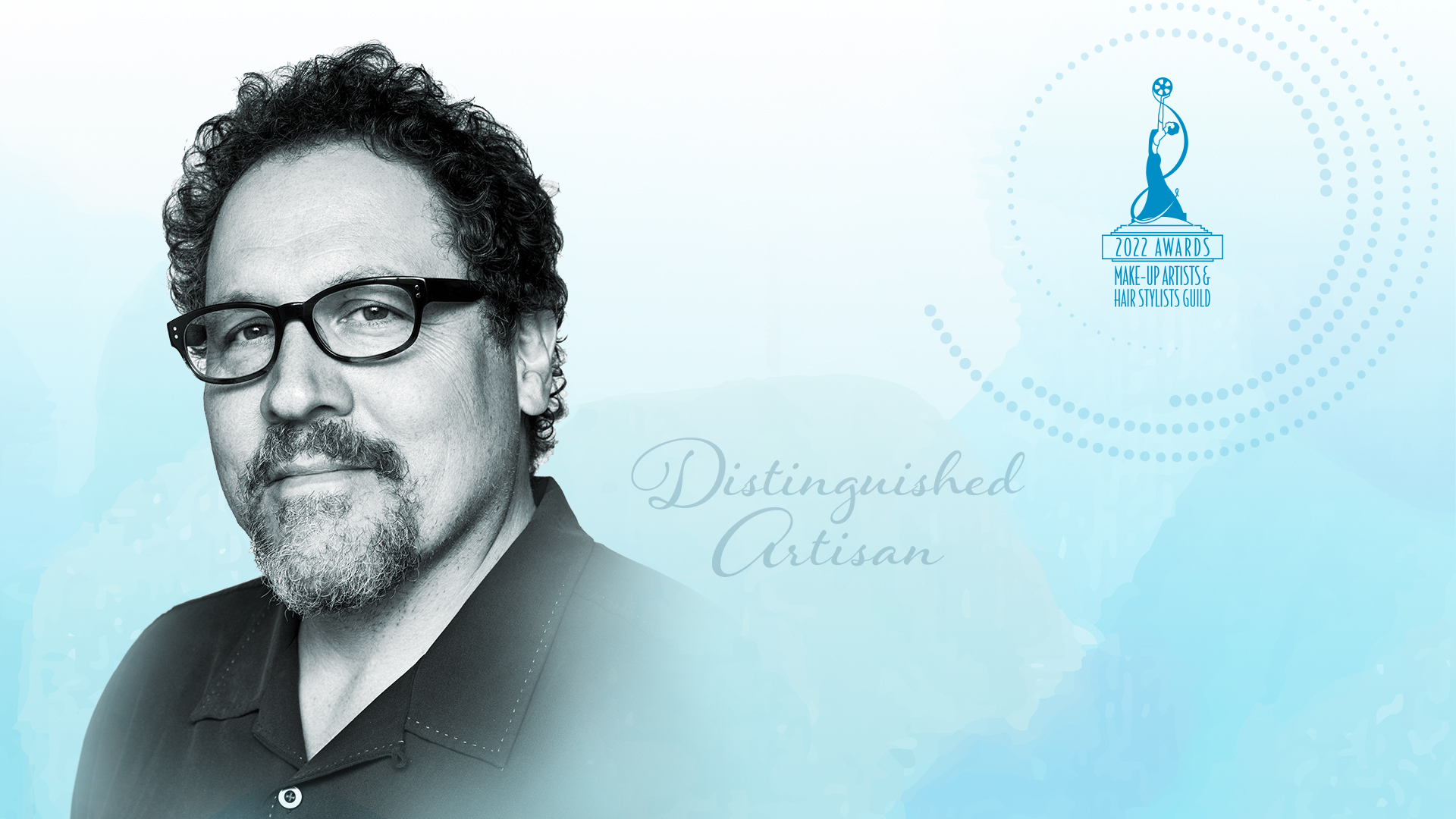 Jon Favreau, Academy Award®-winning filmmaker best known for his creative, innovative work in the Star Wars, Iron Man and Avengers series, among many others, will receive this year’s Distinguished Artisan Award at the 9th Annual  Make-Up Artists & Hair Stylists Guild Awards (MUAHS, IATSE Local 706), presented by HASK® Beauty. Favreau will be accepting the award virtually, presented by actress Ming-Na Wen, star of “The Book of Boba Fett.” The MUAHS awards gala, honoring outstanding achievements of both make-up artists and hair stylists in motion pictures, television, commercials, and live theater, will be held on Saturday, February 19, 2022, at The Beverly Hilton Hotel. The announcement was made today by Julie Socash, President of IATSE Local 706.

“Jon Favreau’s list of creative, exotic, and memorable characters lives on in his plethora of films, television movies and series. Jon is the ultimate collaborator who has worked alongside many 706 artists to help create memorable characters of all kinds in a myriad of different roles. We are thrilled to present the Artisan award to Jon as he is highly respected by make-up artists and hair stylists worldwide,” said Socash.

The Distinguished Artisan Award will celebrate the prolific spectrum of Favreau’s versatile filmmaker career on screen and television. As a writer, director, actor, and showrunner, Favreau’s use of the creative talents of make-up artists and hair stylists’ teams to morph his characters is a tribute to his collaborative work. He has continued to challenge himself as a filmmaker and an innovator with an eclectic variety of projects, pioneering cutting edge technology and production techniques within the framework of classic Hollywood storytelling.

Favreau is currently showrunner and executive producer of the celebrated award-winning “Star Wars” series “The Mandalorian,” honored with 39 Emmy® Award nominations, winning 14 Emmys as well as numerous nominations and awards; and “The Book of Boba Fett” for Disney+. Favreau, no stranger to the “Star Wars” galaxy, has played roles in both the “Star Wars: The Clone Wars” animated series and in “Solo: A Star Wars Story.”

As an integral part of the formation and expansion of the Marvel Cinematic Universe, Favreau directed the blockbuster hits Iron Man and Iron Man 2, which grossed a combined $1.3 billion at the worldwide box office. He served as executive producer on The Avengers and Avengers: Age of Ultron, which grossed a combined $2.9 billion worldwide before serving as executive producer on 2018’s Avengers: Infinity War, followed by Avengers: Endgame.Within the Marvel Cinematic Universe, Favreau portrays Happy Hogan, a character that appears in the Iron Manmovies and Spider-Man: Homecoming, Spider-Man: Far from Home, and Spider-Man: No Way Home.

For Disney, Favreau directed and produced 2016’s adaptation of Walt Disney’s The Jungle Book, which garnered widespread acclaim as a marvel of technology-driven cinematic storytelling. The epic adventure earned Favreau’s team an Oscar® and the BAFTA® Award for Best Achievement in Visual Effects, among many others. Favreau then directed and produced the reimagining of The Lion King, which grossed over $1.6 billion worldwide. Favreau directed the acclaimed perennial holiday family-favorite, Elf.
Favreau has acted in scores of projects including Swingers and the inspiring sports film Rudy. He also portrayed legendary heavyweight champion Rocky Marciano, in the biopic “Rocky Marciano.” His television credits also include “Seinfeld,” “Friends,” and “The Sopranos.” Favreau executive produced and directed “The Chef Show,” streaming on Netflix, after writing, directing, producing, and starring in the 2014 indie hit Chef.

Among his many honors, Favreau was inducted into Variety’s Home Entertainment & Digital Hall of Fame, received the Visual Effects Society’s Lifetime Achievement Award, and was named a Disney Legend in 2019.

Presenting Jon Favreau with the Distinguished Artisan Award is Ming-Na Wen, who herself has an impressive body of work across television and film. She is currently the star in “The Book of Boba Fett” and “The Mandalorian.” Her other starring roles include Fa Mulan in Mulan and Mulan ll; Agents of S.H.I.E.L.D., The Joy Luck Club, and Street Fighter.

The Make-Up Artists & Hair Stylists Guild’s Distinguished Artisan Award is given annually to those whose body of work in the film and television industry was richly enhanced by the consistent collaboration of make-up and hair styling artistry creating memorable characters throughout their career. Previous recipients include Eddie Murphy, Sir Patrick Stewart, Melissa McCarthy, Gary Oldman, Johnny Depp, Ryan Murphy and Guillermo del Toro.