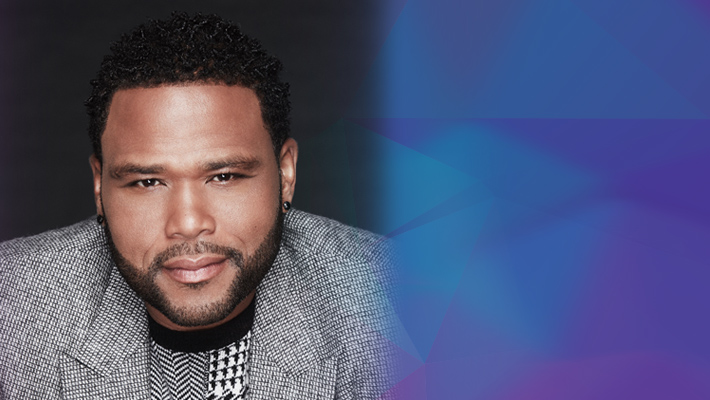 MUAHS Awards to be Presented on April 3, 2021
For Ticket Reservations, click HERE

HOLLYWOOD, Calif. – March 24, 2021 – Emmy® and Golden Globe®– nominated actor, Anthony Anderson, star and executive producer of ABC’s multi-award-nominated sitcom “black-ish,” will host the 8th Annual Make-Up Artists & Hair Stylists Guild (MUAHS, IATSE Local 706) Awards, bringing his humor and talent to the star-studded event. The reimagined awards gala, honoring outstanding achievements of both make-up artists and hair stylists in motion pictures, television, commercials and live theater, will be held virtually on Saturday, April 3, 2021, and is co-produced by IngleDodd Media and Honeysweet Creative. The announcement was made today by Julie Socash, President of IATSE Local 706. The event is free to everyone, but registration is required here.

Anthony Anderson, best known for his iconic roles on television and in movies, has received many accolades throughout his career including six consecutive Emmy nominations for “Outstanding Lead Actor in a Comedy Series,” two Golden Globe nominations and three Critics Choice nominations for his popular role in “black-ish.” Anderson is currently hosting his sixth season of the ABC game show “To Tell the Truth.” In addition, he is producing “grown-ish” for Freeform and “mixed-ish” for ABC, both “black-ish” spin offs, and executive producing “Road Trippin’” which airs on SnapChat.

Anderson has become familiar to audiences through roles in such prominent films as the Michael Bay blockbuster Transformers, Martin Scorsese’s Oscar-winning feature The Departed, and the all-star comedy The Big Year. Anderson has appeared in Me, Myself, and Irene and the Barbershop franchise, Scary Movie 3, Kangaroo Jack, Exit Wounds, Cradle 2 the Grave, Two Can Play That Game, Malibu’s Most Wanted, My Baby’s Daddy, Agent Cody Banks 2, Harold & Kumar Go to White Castle, Small Town Crime, The Star and the Academy Award-nominated Ferdinand. Most recently, Anderson starred in and was the executive producer of Netflix’s film Beats.

Anderson brought his talent and humor to his own WB sitcom “All About the Andersons,” which was loosely based on his life. Anderson also starred in “Law & Order,” Fox’s “K-Ville,” “The Shield,” and NBC’s “Guys with Kids,” “Eating America with Anthony Anderson,” “Carnival Cravings with Anthony Anderson,” and “Iron Chef America.”

Among his many additional accolades, in 2021, he won his seventh individual Image Award in the category of “Outstanding Actor in a Comedy Series,” adding to his 16 total career Image Award nominations. He has four Screen Actors Guild Awards, BET Awards and Teen Choice Awards each, as well as one People’s Choice Awards and one Kids’ Choice Award. Anderson has also hosted the NAACP Image Awards for seven consecutive years, from 2014-2020. In 2020, he was awarded a star on the Hollywood Walk of Fame.

Winners will be announced in 21 categories at the virtual 8th Annual MUAHS Awards Gala on Saturday, April 3, 2021. Further inquiries regarding the MUAHS Awards should be directed to Kathy Sain in the MUAHS Awards Office at (818) 295-3933, email: ksain@ialocal706.org.

ABOUT LOCAL 706:
The Make-Up Artists and Hair Stylists Guild (IATSE, Local 706) was chartered in November 1937. Today, their diverse membership includes over 2,400 artisans in the entertainment industry worldwide. Local 706 members are make-up artists and hair stylists who have created the looks for Hollywood’s most memorable characters and stars of stage, screen, television and now the Internet. The wide-ranging domains of these artists include feature films and television, commercials, “live” network television, all types of theatrical productions and Disneyland theme parks. Local 706 Members have created notable characters competing for Academy Awards®, Primetime Emmys®, Daytime Emmys®, Saturn Awards®, BAFTA Awards®, and many other honors for make-up and hair styling artistry, including their own Make-up Artists and Hair Stylists Guild Awards. The Local 706 Guild publishes The Artisan, a glossy quarterly magazine, and provides panels, workshops and training both for members and others interested in the field to foster a spirit of innovation in the craft. For more info, visit local706.org or get #MUAHSawards updates on Facebook , Twitter and Instagram.