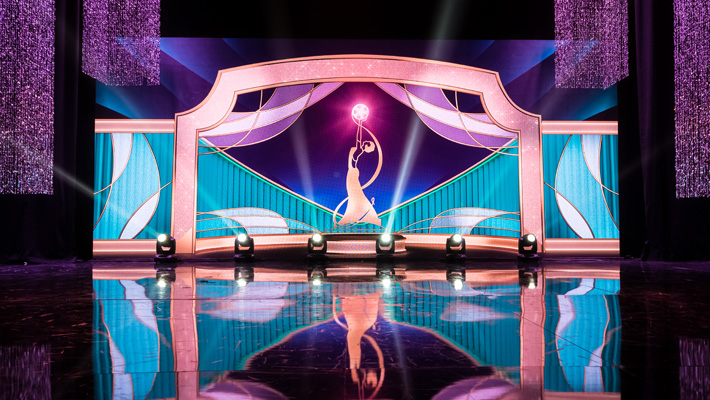 Ma Rainey’s Black Bottom, Pinocchio,
Birds of Prey
(and the Fantabulous Emancipation Of One Harley Quinn)

Photos/Video Available After the Show: https://bit.ly/3fzfBoN

Winners in the Feature Motion Pictures categories include Birds of Prey (And the Fantabulous Emancipation of One Harley Quinn), Ma Rainey’s Black Bottom and Pinocchio. Television Series winners include “Bridgerton,” “The Queen’s Gambit,” “The Mandalorian,” “Schitt’s Creek,” and “Westworld.” For the categories in Television Special/Motion Picture Made for Television, winners include “Hamilton,” “Saturday Night Live,” and “Dancing with the Stars.”

Winners in the Daytime Television category were awarded to “The Kelly Clarkson Show” for both Hair and Make-Up categories. Children/Teen Program honors went to “All That,” for both Hair and Make-Up Categories.  Theatrical awards were bestowed upon Hamilton. The Commercial/Music Video Awards were presented to Lady Gaga “911” and Workout/State Farm “Chris Paul and Alfonso Ribeiro.”

Matthew Mungle, Oscar®-nominated and Emmy-winning make-up artist, was honored with a Lifetime Achievement Award for Make-up celebrating his award-winning career as a top master of the elite make-up effects boasting over 250 film and television projects including Hillbilly Elegy, Edward Scissorhands, Schindler’s List and Albert Nobbs. Presenting the award to Mungle was eight-time Oscar nominee Glenn Close. Both Mungle and Close are nominated again for Oscars this for Hillbilly Elegy – Close for her role as supporting actress, and Mungle for Best Makeup and Hairstyling.

Emmy-winning hair stylist Terry Baliel, received the Lifetime Achievement Award for Hair Styling, presented by Oscar nominated actress Scarlett Johansson, who worked with Terry on Jojo Rabbit. Baliel is the recipient of three Emmys and four Guild Awards for period hair styling in a career that spans theatrical productions, television and film. His credits include The Joy Luck Club, Star Trek, Planet of the Apes, Alice in Wonderland and the theatrical production of “Wicked.”

IATSE International President Matthew L. Loeb presented the guild’s inaugural Vanguard Awards. Bernadine Anderson is the first woman and woman of color to become a member of the guild and breaking the barrier landing a spot at Warner Bros. She was head of makeup for Coming to America and worked with Eddie Murphy for eight years. Richard Battle was on the ground level of theatrical productions being broadcast on PBS in the Wig and Makeup Department, decades ahead of captured performances and streaming. He was nominated for an Emmy for his work at San Francisco Ballet where he has worked for over 40 years.

Another highlight of the evening was a moving In Memoriam segment performed by long time MUAHS member Angie Wells, who sang a beautiful, soulful rendition of Danny Boy. Julie Socash, President of Local 706, and Randy Sayer, Business Representative, presided over the awards ceremony.

THE WINNERS OF THE 8th ANNUAL MUAHS AWARDS ARE:

The United States vs. Billie Holiday

Dancing with the Stars

The Young and the Restless

The Bold and the Beautiful

The Young and the Restless

The Weeknd “In Your Eyes”

Ozzy Osbourne “Under the Graveyard”

Frozen – Live at the Hyperion

Harry Potter and the Cursed Child