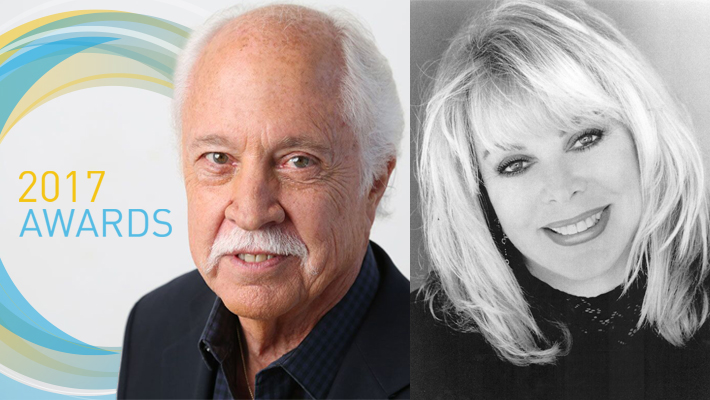 “Leonard Engelman and Barbara Lorenz’s bodies of work are legendary, and we are proud to rank them among the best in the history of our profession. They are extraordinary artists and accomplished leaders in the industry, and it is our pleasure to name them as this year’s Lifetime Achievement Award recipients,” said Cabral-Ebert.

industry, having worked in the business for over fifty years. His work can be seen in Batman & Robin,

has been Cher’s personal make-°©up artist for over thirty years. Their credits together include

Moonstruck, Mermaids, The Witches of Eastwick and Burlesque. He received two Emmy nominations

movie Jackie Bouvier Kennedy Onassis. He is the first Governor of the Academy of Motion Picture

Chairman of the Academy’s Executive Committee for 27 years. Engelman was also an IATSE Local

Emeritus at the Cinema Makeup School. In addition to his Emmy nominations, Engelman received

two MUAHS Awards and four nominations, among many other accolades.

as Halle Berry, Nicole Kidman, Jamie Lee Curtis, Kate Hudson and Meg Ryan. She has over 100

feature film credits that include La La Land, The Nice Guys, Indiana Jones and the Kingdom of the

Crystal Skull, X-ˇMen: The Last Stand, Master and Commander: The Far Side of the World, Charlie’s

in television, working on the Mary Tyler Moore Show, Rhoda and The Bob Newhart Show. She

2005 for the ABC television movie Their Eyes Were Watching God. Lorenz served on the Executive

will be honored with the Distinguished Artisan Award. Additional awards will honor nominees for

submissions close on Tuesday, November 29, 2016. Nominations for this year’s awards will be

Winners will be announced on Sunday, February 19, 2017 at the Awards gala.

PHOTOS: Photos of the Lifetime honorees can be downloaded here: http://bit.ly/2fsmER3

About the MUAHS Lifetime Achievement Award:

extraordinary Lifetime Achievement, exceptional contributions to the motion picture arts and sciences, or

outstanding service to their union or the entertainment industry.