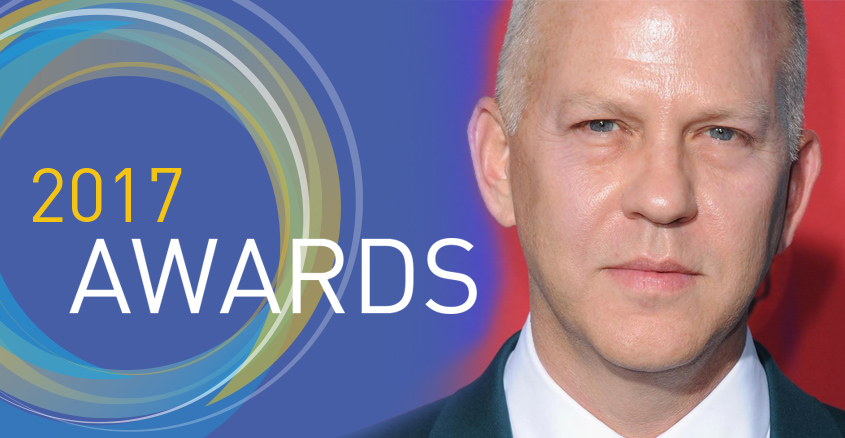 Ryan Murphy, four-time Emmy® Award-winning producer, director and screenwriter, will receive this year’s Distinguished Artisan Award at the Annual Make-Up Artists and Hair Stylists Guild Awards (MUAHS, IATSE Local 706) honoring both make-up artists and hairstylists outstanding achievements in motion pictures, television, commercials and live theater. The black-tie gala will be held on Sunday, February 19, 2017, at The Novo by Microsoft at L.A. Live. The announcement was made today by Susan Cabral-Ebert, President of IATSE Local 706.

“We’re excited to bestow our 2017 Distinguished Artisan Award on Ryan Murphy, who constantly raises the bar and challenges the skills of our members to their utmost abilities when delineating his television characters. He has always shown strong support while working in collaboration with our make-up artists and hair stylists,” said Cabral-Ebert.

Ryan Murphy is one of television’s most respected creators and has directed, written, and/or produced a wide array shows. He has won four Primetime Emmys, 11 additional award wins and 45 nominations and is the originator of the popular American television programs American Horror Story, Glee, Nip/Tuck and The New Normal.

Murphy began his career as a journalist, eventually turning his penmanship towards a career in film and television. His first program, Popular, a teenager comedy-drama for the WB Network ran for three seasons in 1999. More success came in 2003 with the debut of FX’s Nip/Tuck, which tells the tale of two plastic surgeons living and working in Miami, Florida. In 2009, Murphy debuted Glee about a high school glee club, which was inspired by his days in high school choir. In 2011 Murphy served as executive producer on American Horror Story with Jessica Lange and Dylan McDermott and guest stars Lady Gaga and Kathy Bates. In 2012, NBC announced plans to air Murphy’s newest series, The New Normal. In 2014 HBO film The Normal Heart debuted, chronicling the story of the onset of the AIDS crisis in New York, which won an Emmy for Outstanding Television Movie.

Additional credits include American Crime Story, Feud, Scream Queens, Eat Pray Love and The Glee Project among many others.