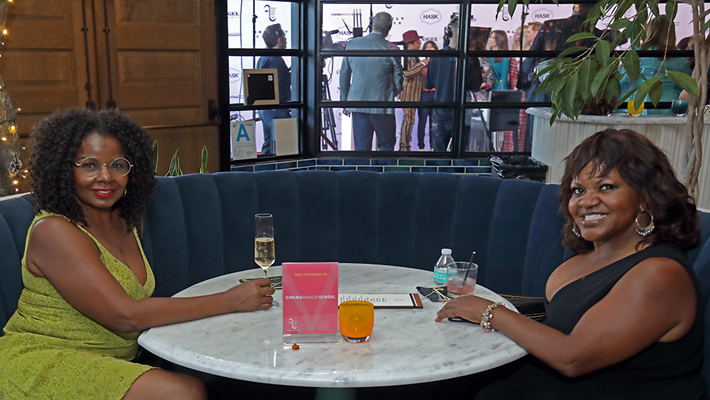 Cast members from Star Trek: Discovery, Dancing with the Stars and others attended to support their teams

Livestream Q&A with 2019 Emmy Nominees can be seen here.

This event was held at Cal Mare and hosted by Beverly Center, located at the edge of Beverly Hills, Los Angeles and West Hollywood. Guests enjoyed delicious fare by Owner & Chef Adam Sobel including House-Made Meatballs, Fried Rainbow Cauliflower, Caprese Mini Salad; a Pizza Bar with Funghi Pizza, Margherita Pizza, Pepperoni Pizza; and a Dessert Bar which was decked with Chocolate, Pistachio and Vanilla Cannolies, Chocolate Budino, and Assorted Fruit Cups. A special Mi Campo Tequila tasting station was enjoyed and the bar was flowing with Meiomi Wines and Real McCoy Rum. The alcohol could only be enjoyed by those over the age of 21 or with a very realistic fake ID.

The Make-Up Artists and Hair Stylists Guild (IATSE, Local 706) was chartered in November 1937. Today, membership includes over 1,800 artisans in the entertainment industry worldwide. Local 706 members are make-up artists and hair stylists who have created the looks for Hollywood’s most memorable characters and stars of stage, screen, television and now the Internet. The wide-ranging domains of these artists include feature films and television, commercials; “live” network television, all types of theatrical productions and Disneyland theme parks. Local 706 Members have created notable characters competing for Academy Awards®, Primetime Emmys®, Daytime Entertainment Emmys®, Saturn Awards®, BAFTA Awards®, and many other honors for make-up and hair styling artistry including their own Hollywood Make-up Artists and Hair Stylists Guild Awards. The Local 706 Guild publishes The Artisan, a glossy quarterly magazine, and provides panels, workshops and training both for members and others interested in the field to foster a spirit of innovation in the craft. For more information, visit local706.org or get #MUAHSawards updates on Facebook , Twitter and Instagram. 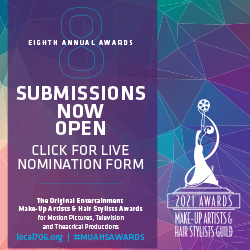